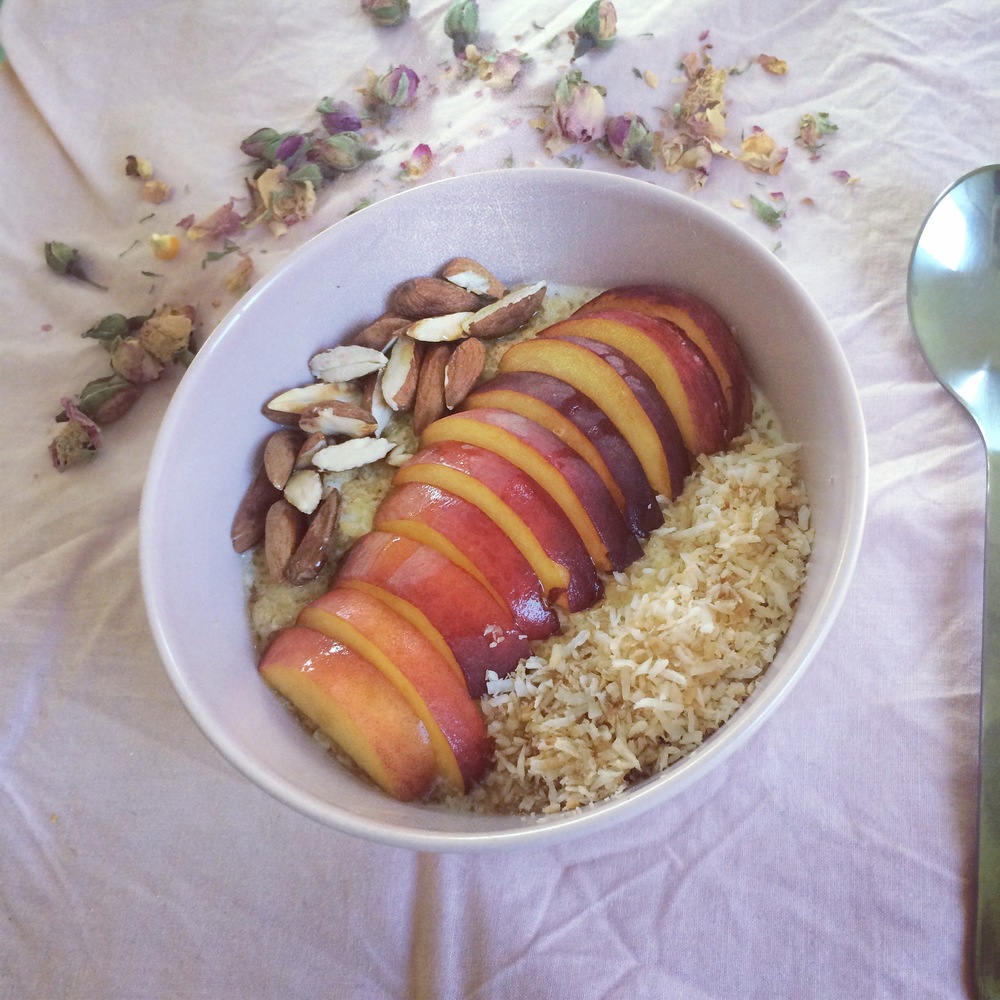 Until now I ate quinoa for lunch or dinner, in savory meals. This recipe got me interested in breakfast potential of quinoa. It's a grain high in protein, so it's a great option to get energy in the morning. Like with overnight oats and chia pudding, the combinations are infinite.
In this recipe, quinoa is cooked in milk with a bit of salt and cinnamon. It's topped with fresh fruit of choice and toasted almonds and coconut flakes. Everything is sweetened with maple syrup. Delicious and very satisfying !
Cooking tips : I tried various types of milk : almond, soy, cow milk... All of them stuck to the bottom of the pan. I guess it's inevitable. Just make sure to stir every now and then. Quinoa is cooked when it's soft and fluffy, but before the "yellow circles" start separating from the grain (I don't know how to describe this better: if you ever overcooked quinoa, you'll know). Also, I used cinnamon powder instead of sticks. Finely grated coconut is fine (and cheaper than "coconut chips"). I put some maple syrup in the quinoa after it's cooked because otherwise there's a noticeable difference between the sweet toppings and quinoa. Vanilla bean is optional - I always forget to put it and it still tastes great.
Buying tip : I buy quinoa, almonds and coconut "en vrac" at Bio'c'bon or some other bio supermarket. It's cheaper than the packed food and also more environment-friendly.